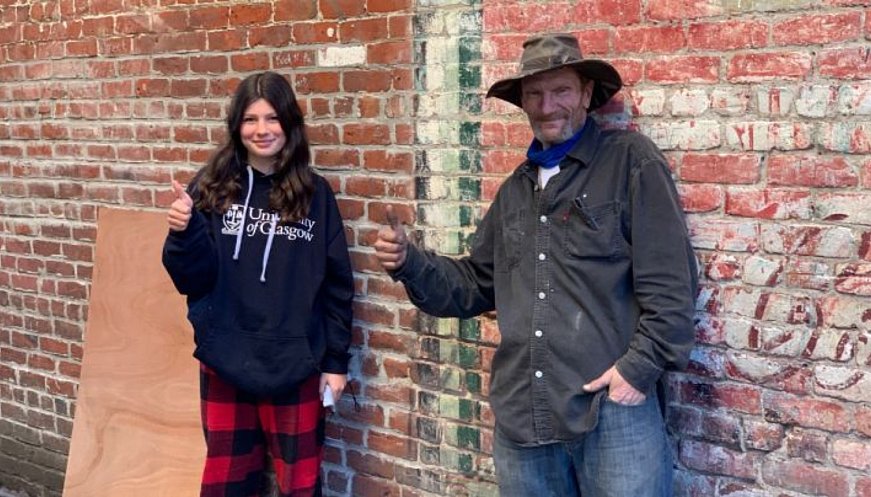 On January 1, we shared a heartwarming story of a homeless man, Sean Currey, who found and returned the lost wallet of Evelyn Topper, an 80-year-old grandmother. When Topper's 12-year-old granddaughter found out, she decided to forgo gifts at her drive-by birthday celebration and instead asked for donations for Currey. Hundreds of dollars came in for him. But it turns out the story doesn't end there. What started as a lost wallet returned by a good Samaritan has seeded a friendship between Currey and the entire family. Still moved by Currey's kindness and honesty, Topper's daughter and granddaughter started a GoFundMe page to raise money to get him into temporary housing and, longer-term, to help Currey use his construction skills to create a row of tiny houses for the homeless community in the city of San Rafael, Calif. "This isn't about charity," they wrote. "It's about Compassion, the highest form of LOVE." In one week, 1,300 mostly anonymous people have donated over $48,000 to the effort. "Who knew that returning a wallet to someone I didn't know would turn into something that was going to spark," Currey said in a recent video update. "It's gonna spark a new movement to help people help themselves and have a better life."