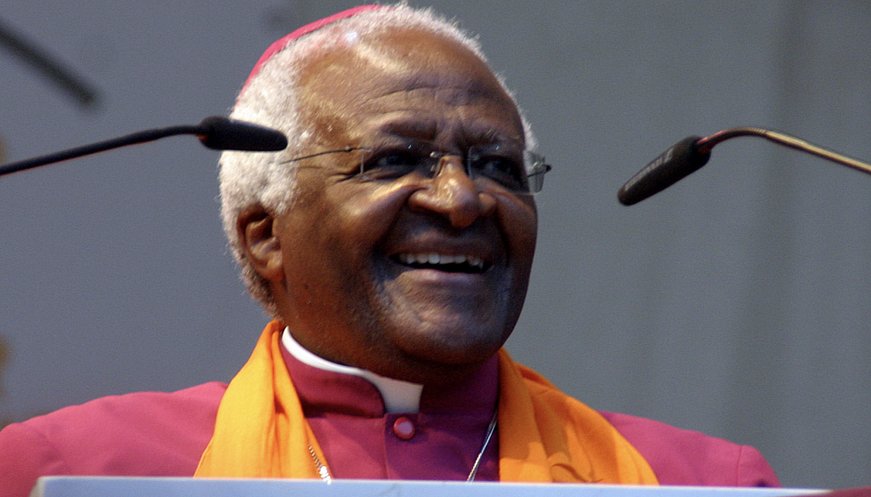 The defining moment in Archbishop Desmond Tutu's life took place in Johannesburg in the mid 1930s when Father Trevor Huddleston doffed his hat to greet his mother. That began an enduring relationship between Tutu and the English priest, known as the 'dauntless one' for his resolute stance against apartheid. When Tutu contracted tuberculosis and was in an infirmary, Father Huddleston visited regularly, and Tutu later studied at St Peter's School in Rosettenville, where Huddleston was in charge. Back in England, Huddleston headed the British Anti-Apartheid Movement. Desmond and his wife, Nomalizo Leah, called their first son Trevor. Nearly a lifetime afterwards, asked to name her husband's finest attribute, Mrs Tutu said it was his belief that all people were equal members of God's family.…and it all began on that Munsieville street when the white man in the cassock showed some basic human courtesy to a black washerwoman.