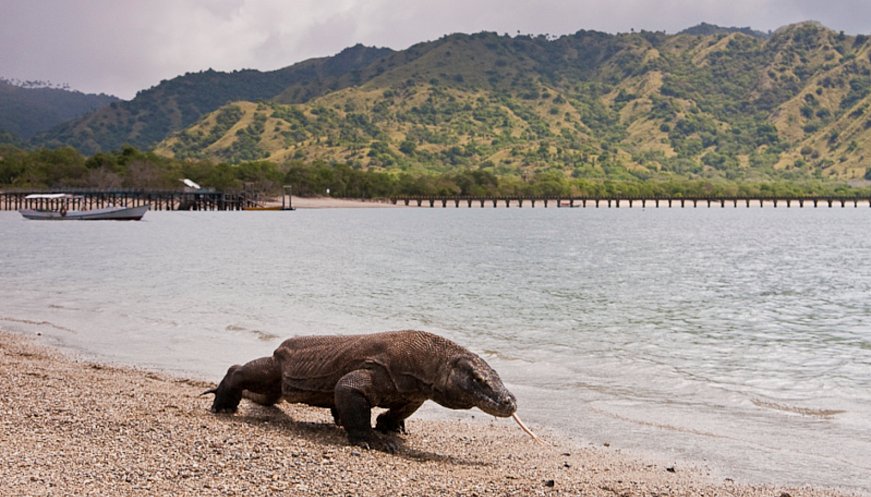 Herpetologist Craig Pelke has been beaming since 10 baby Komodo dragons, or 'living dinosaurs', were hatched at the San Antonio Zoo. Komodo dragons, the largest of 4,675 lizard species, are now endangered, with less than 1,400 estimated to exist on a handful of Indonesian islands — their only natural habitat — and 123 in North American zoos. The parents are Kristika, an 11-year-old female, and Boga, who was brought in from Houston. The baby dragons eat mealworms, roaches and crickets, and will graduate to large rats, chicken and fish. Adult dragons are generally eight to 10 feet long.