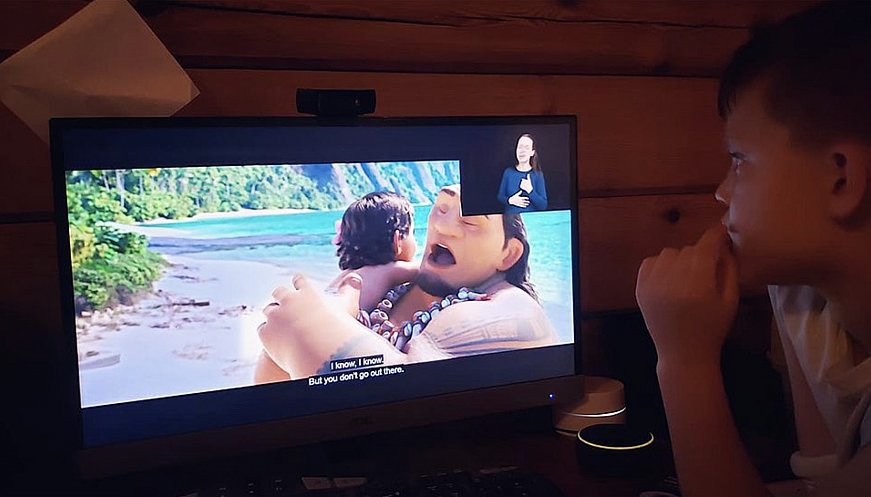 Eight-year-old Toby is finally able to understand the children’s movies he watches on the Disney channel, thanks to Mariella Satow’s signing app which allows an interpreter to be added to the screen to interpret the whole film in sign language. For 17-year-old Mariella, developing the app was a productive way to spend pandemic time, when she was stuck in New York studying for her A Levels. Waking up at 5AM to attend her online school in Warwickshire, working on the app in her spare time and walking dogs to fund the project, was ‘a bit tough’ according to her, but the thousands of positive reactions the Chrome extension has garnered, keeps her going. Disney films such as "The Incredibles" have all been signed and there are hundreds more in the offing. "There are more than 300 sign languages used worldwide, so it'll take a long time to get all of those versions out," says Mariella. "I can't believe how big it's become. I had no idea what I was launching into the universe."