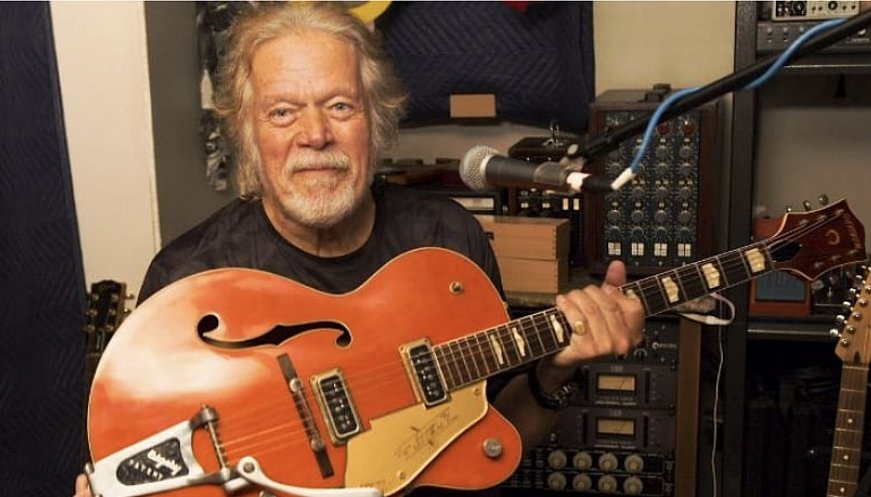 His love affair with the guitar began when Randy Bachman was a boy in Winnipeg, Manitoba. He used that 1957 Gretsch 6120 Chet Atkins model in western orange to pen songs like Takin' Care of Business, American Woman and No Sugar Tonight. But despite all his care, it was stolen from a hotel in 1976. He searched for it for five decades. Then a fan, using facial recognition software, spotted Japanese pop musician Takeshi playing it in Tokyo. Bachman has found a very similar guitar, and once it's safe to travel, he'll go to Japan to meet Takeshi and trade guitars. And, once again, there will be tears.