Ocelots Rescued from Traffickers Returned to Wild in Ecuador 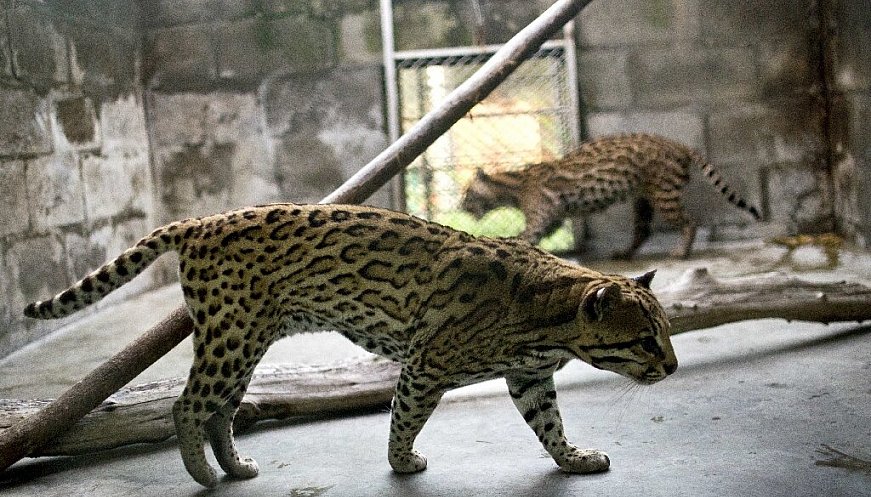 Over the past seven years, more than 6,000 wild animals have been rescued from illegal wildlife traffickers in Ecuador, where the crime is punishable with up to three years in prison. Recently, six ocelots (nocturnal wildcats) were released in a reserve near the border with Columbia after a rehabilitation period of one year. Though embedded microchips will allow them to be tracked, they will live "in an area where humans have no contact with them and where they can live in their habitat and develop freely," according to Placido Palacios, director of the private James Brown Rescue Center, where the animals underwent rehabilitation.