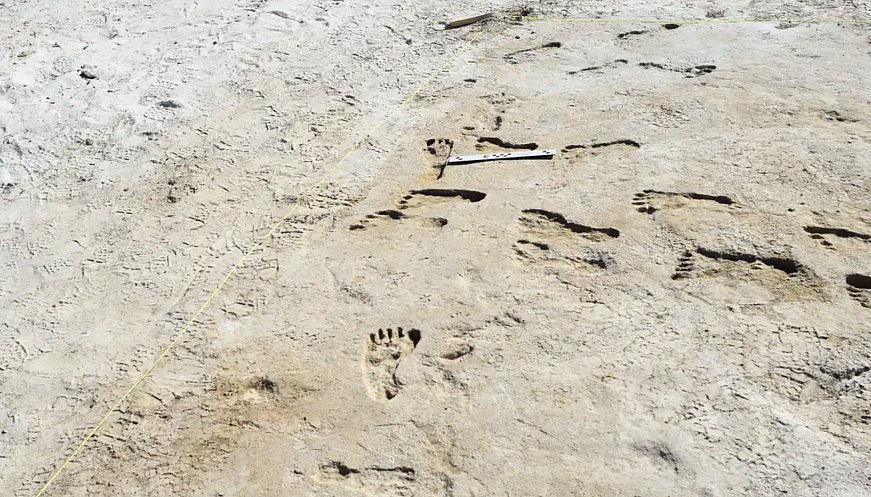 Fossil footprints found in a national park in New Mexico have helped scientists to fix the date of the first arrival of human beings in the United States. It is now believed that these humans lived here at least 23000 years ago, co-existing with Columbian mammoths and giant ground sloths. Carbon dating of hundreds of seeds of the common ditch grass Ruppia cirrhosa, trapped in the sediment below the footprints, helped scientists revise their earlier conclusions that humans had arrived here only 16500 years ago. The early pioneers crossed the now-submerged Bering land bridge that once connected eastern Siberia to North America, much before the last glacial peak. The footprints, many of them made by teenagers, are a poignant reminder that history has so far only scratched the surface of our ancestors’ past.