An Ancient Tablet, Stolen then Acquired by Hobby Lobby, Will Be Returned to Iraq 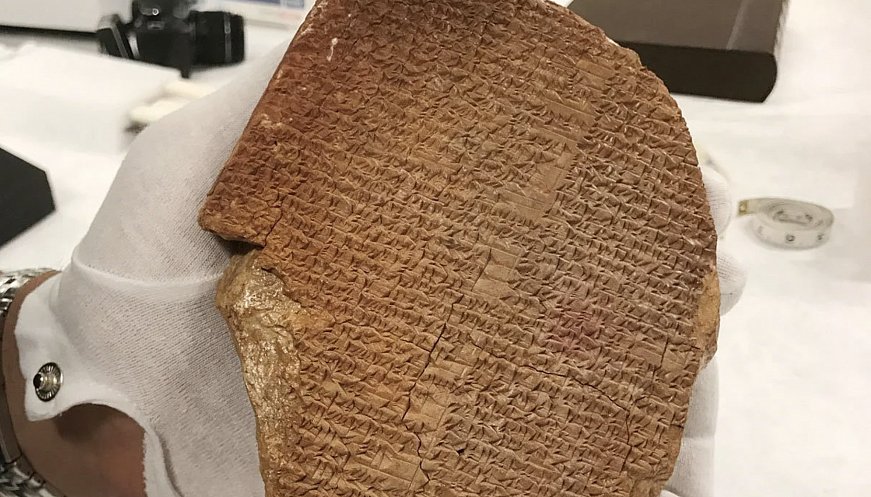 A 3,500-year-old clay tablet looted from an Iraqi museum 30 years ago is headed back to Iraq. The tablet features inscriptions in Sumerian (language of the ancient Mesopotamian civilization), and includes a section of the epic of Gilgamesh, a poem believed to have been written at least 4,000 years ago. Hobby Lobby (whose owners are also the founders of the Museum of the Bible) bought the tablet for $1.67 million in 2014 from the auction house Christie's, and in 2017 agreed to pay a $3 million fine in a settlement with the Justice Department. Hobby Lobby President Steve Green having learned that some of the collected artifacts are stolen, announced in March 2020 that he would return 11,500 objects to the governments of Iraq and Egypt.