11 Moments of Good Sportsmanship from the Tokyo Olympic 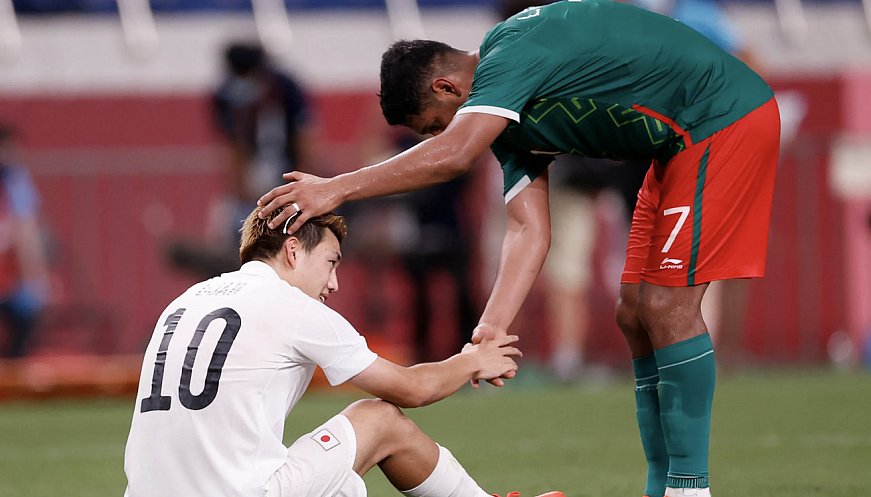 They were heartening moments of good sportsmanship at the Olympics. Two running rivals finished the race together after tripping and falling together. Two rivals shared a gold medal instead of breaking their high jump tie. A triathlon runner consoled a sobbing competitor who came in last. A South African swimmer was enveloped in a joyous group hug by her American opponents after breaking the world record. A defending Olympic champion expressed pride in the 17-year-old swimmer who beat her. A swimmer gave his gold medal to the teammate he replaced in the finals. Two 13-year-old skateboarding rivals hugged after battling it out for the gold. Gymnastics great Simone Biles congratulated the ROC women's gymnastics team captain. A reigning badminton champion exchanged shirts with the player who dethroned him.