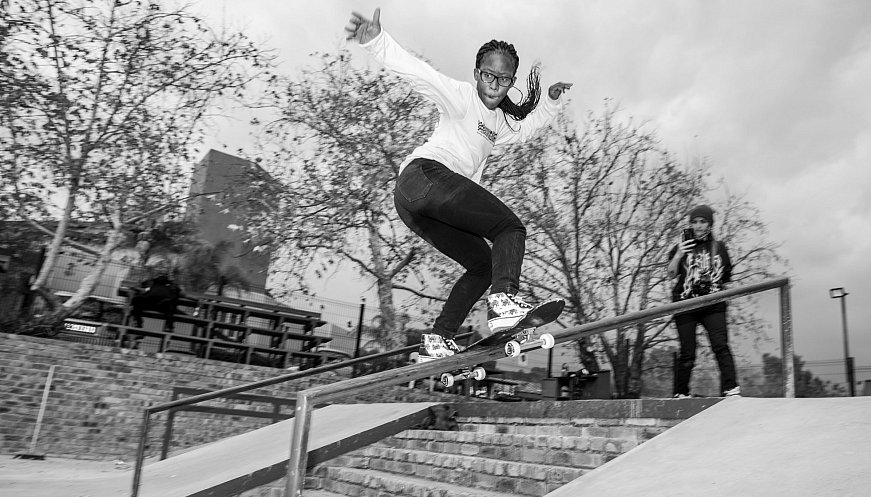 The 15-year-old who used to steal her brother’s skateboard and sneak out to skate will now be watched by millions as skateboarding debuts at the Olympic Games. Boipelo Awuah is South Africa’s youngest representative at the games and Africa’s only representative in women’s street skateboarding. Dubbed the Diamond of Kimberley after her hometown, she started riding her brother's board around the house when she was five. She has won back-to-back national championships in South Africa and did well enough at the Street Skateboarding World Championships in Rome in June to qualify for Tokyo. “I’m just happy to be paving the way for more female skaters, even if I don’t win or whatever,” she said.