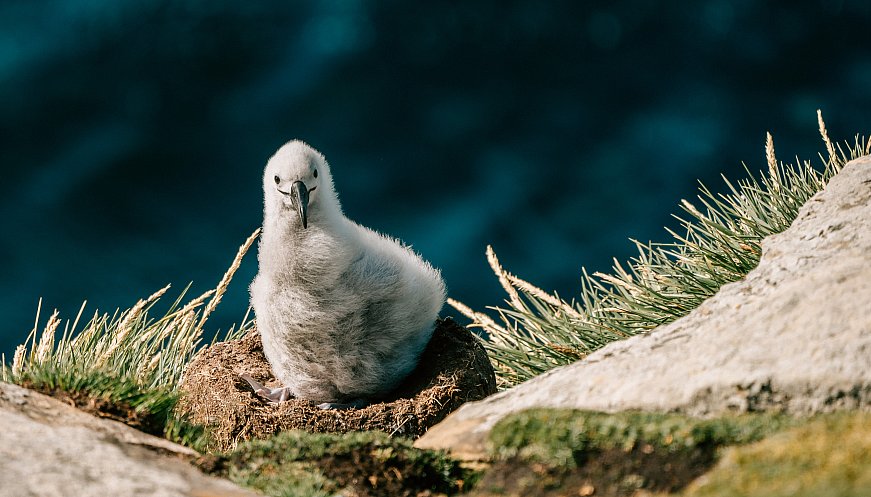 When Snowflake soared into the air above Mexico's Guadalupe Island, it was not the first flight for the young black-footed albatross. As an egg, Snowflake had flown 6,000 kilometers (about 3,700 miles) by plane from Midway Atoll near Hawaii. Instead, it was a milestone in a US-Mexico project aimed at keeping the near-endangered seabirds safe from rising sea levels that could flood almost all of Midway's nests in coming years. Albatrosses, top predators in the ocean’s food chain, return each year to mate and nest on the beaches of the islands where they were born. Midway Atoll is home to 21,600 breeding pairs, about one-third of the global breeding population.