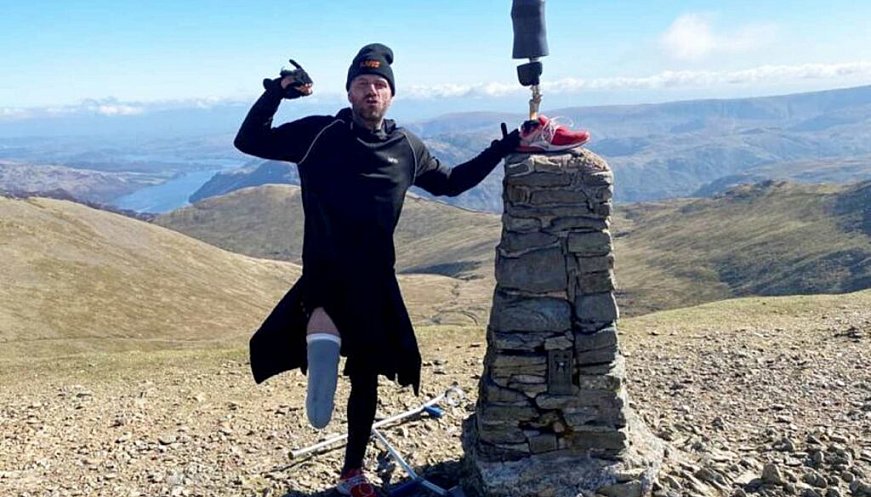 An amputee who can only walk for 20 minutes at a time and had never climbed a mountain has climbed England’s three highest peaks -- a feat that took him 27 hours. Forty-two-year-old Ben Lovell had to have his right leg amputated in 2017, due to a blood clot. These days the strain on his leg means he can only walk 20 minutes, covering about a mile, before he has to take off his prosthetic and rest before climbing again. But the former road worker scaled the Lake District’s Helvellyn in seven hours, Scafell in nine hours and Scafell Pike after another 11 hours of trekking. About his trekking, Lovell said, “It’s never about how long it takes me; it’s just about getting it done.”