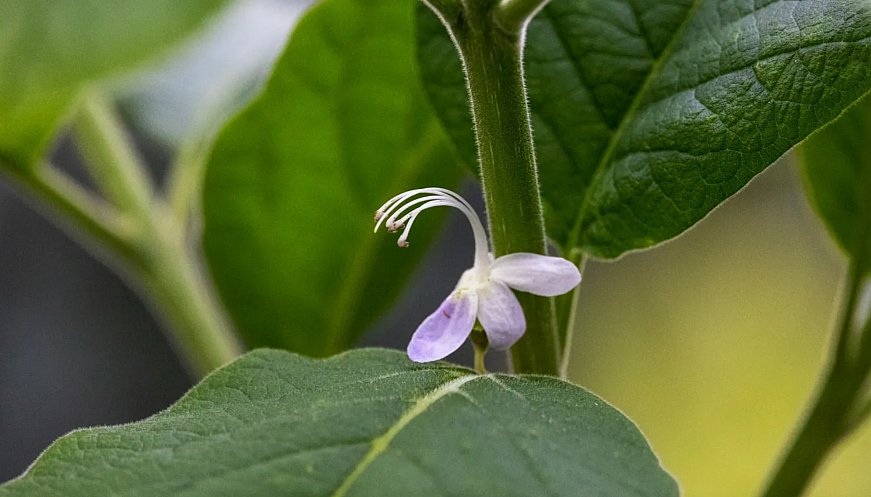 The flower was only one inch long, but it created an effect totally disproportionate to its size. The fact that a native Tanzanian tree -- one of the most critically endangered tree species -- had flowered in the glass house of a botanical garden in Missouri may have something to do with the thrilled reactions. The Karomia gigas tree is related to mint and has a one-inch flower with a purple halo and four white pollen-bearing stamens. Only about two dozen of these trees have been found in their native Tanzania, where they are widely sought for the timber. The woodlands where they were originally found were once part of the ocean floor, and to grow these saplings in Missouri, this unique substrate had to be re-created along with the water intake and sunlight of the East African climate. The horticulturists had to painstakingly nurture the hundred viable seeds, pollinating them by hand, keeping them from fungal infections and monitoring every stage of their growth. The flower, which has never been seen by the scientists before, has spurred knowledge-sharing between continents and is a heartening signal that an almost extinct species can be revived. “There were no visible seedlings in the forest when we visited but the fact that there are now flowering plants provides a real hope for the species in the future,” says Emily Beech, an expert on endangered trees at Botanic Gardens Conservation International.