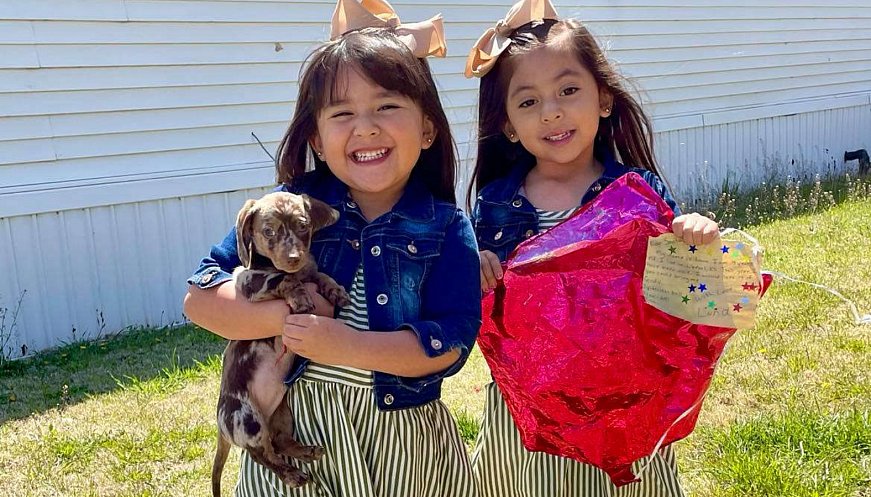 In December, Luna and Gianella Gonzalez, four-year-old twins from Liberal, Kansas, released star-shaped balloons with their holiday gift wish list attached for Santa. The balloons didn’t reach the North Pole, but one did make its way to Alvin Bamberg of Grand Cane, Louisiana. Bamberg retrieved the note, which revealed that Luna has asked Santa for a variety of items, including a puppy. “I just had to do something for them,” said Bamberg. He got on Facebook and eventually learned who released the balloon for Santa. With help from family and friends, he shipped all the gifts -- with the exception of the puppy -- to the family. But Bamberg wasn’t done; he and his wife bought a puppy for the twins and drove from Louisiana to Kansas to give the canine to the girls in person. “The world has been so bad this past year. So, if you can make just one person smile, trust me, not only will it help them, it will make you feel so much better,” Bamberg said.