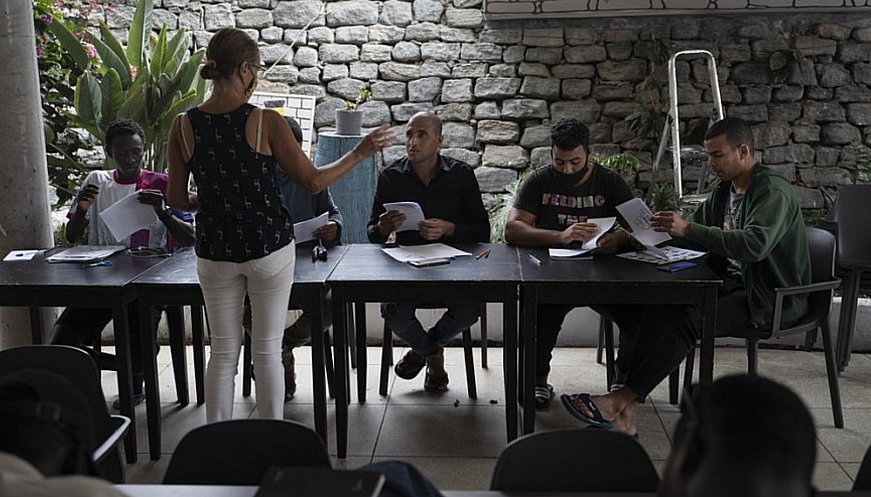 When hotel director Calvin Lucock and restaurant owner Unn Tove Saetran said goodbye to one of the last groups of migrants staying in one of the seaside resorts they manage in Spain’s Canary Islands, the British-Norwegian couple didn’t know when they would have guests again. They had been sheltering migrants under a contract with the Spanish government, which was struggling to accommodate 23,000 people who disembarked to the islands in 2020. Shortly after their contract ended in February, the couple realized there were migrants sleeping on the streets after being expelled from the government-funded reception centers. The couple re-opened the hotel to the immigrants, this time providing food and shelter at their own expense. “They were very scared, they didn’t have anywhere else to go, and there wasn’t any other solution,” said Saetran. The people have left their homes in Africa for a variety of reasons, including lack of economic opportunity. The couple hopes to continue helping young migrants even after tourism kicks off again, and are setting up a charity.