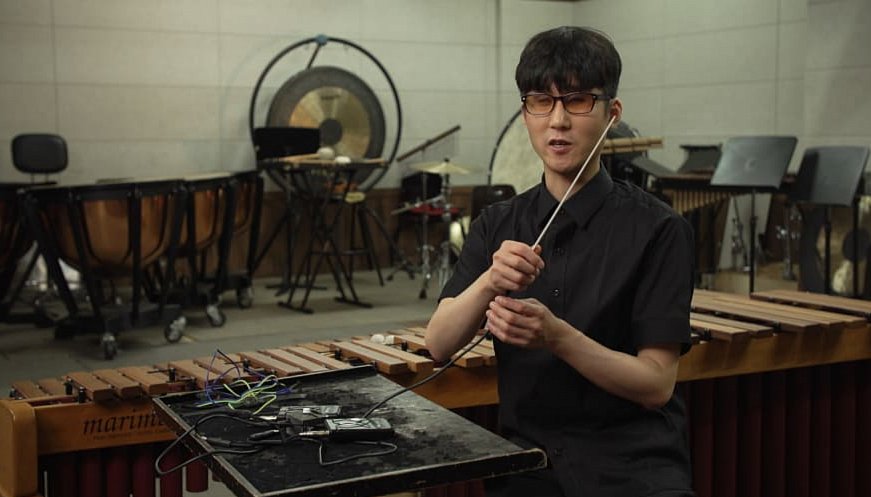 New technology means more visually impaired musicians may be able to join orchestras. Percussionist Kyungho Jeon became a virtuoso performer despite being born blind but, unable to see the conductor, could not perform with others. Now a high tech baton translates the conductor's movements into sounds he hears through wearable receivers. Human Instruments, which designs musical technology collaboratively with people with physical disabilities, worked with him to develop the Haptic Baton.