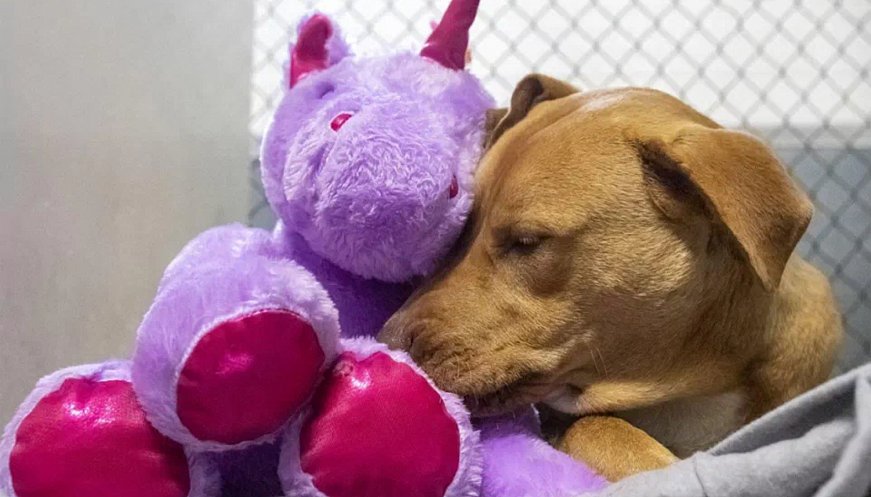 Animal control officers were called to a North Carolina Dollar General store after a stray dog kept coming into the store and beelining it for the toy aisle. “He went straight for the unicorn, the same one every time,” said Joe Newburn, a supervisor at Duplin County Animal Services. Workers at the Kenansville store (about 80 miles from Raleigh) told animal control officers that they caught the lab mix darting into Dollar General every time a customer exited. Each time the stray dog made it in, he went to grab the same plush purple unicorn toy. “Finally they had to lock the door and call us,” Newburn said. The officer who responded to the store’s call was so taken with the dog’s devotion to the unicorn that she bought the $10 toy for the dog, who was then taken to a local animal shelter, together with his unicorn. They are now about to be adopted.