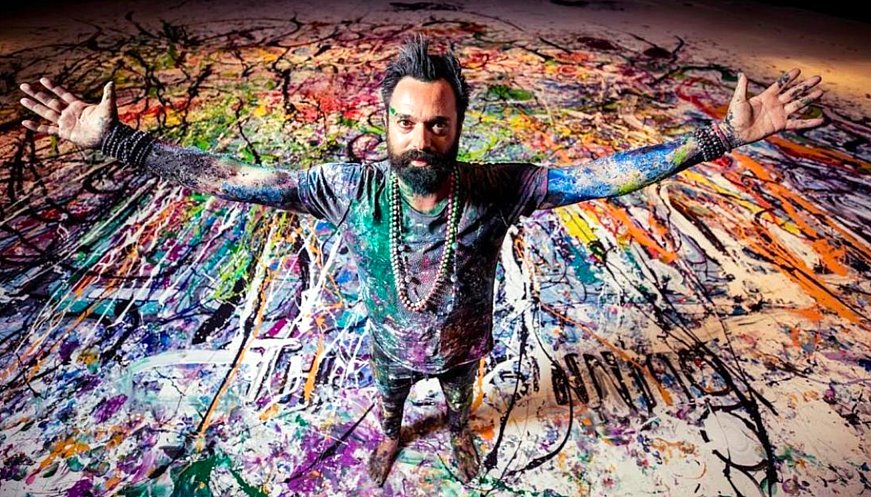 Last year, British artist Sacha Jafri put out a call for children to send him pictures representing how they felt during the pandemic. Receiving responses from 140 countries, he then spent eight months in a deserted hotel's ballroom in Dubai painting what is now the world's largest painting. "I was in a deep meditative state. I looked through all the [children's] work -- I paint from the subconscious, and then whatever's in there comes out," Jafri said of his process. At 1,600 square meters (about 17,200 square feet), the work of art became one of the most expensive paintings sold at auction by a living artist when a French cryptocurrency businessman bought it for £45 million ( about $62 million). Instead of keeping the commission for himself, though, Jafri is donating the entire amount to charities like Dubai Cares, UNICEF, UNESCO and the Global Gift Foundation, to help disadvantaged children in Brazil, India, Indonesia and South Africa. "I was really overwhelmed by what happened -- to raise that amount of money from one painting in one night," the 44-year-old artist told BBC News. The buyer plans to build a museum to house the painting and, together with Jafri, set up a foundation to "inspire the next generation to be inspired by art."