Oklahoma Goodwill Employee Finds and Returns $42,000 in a Donated Sweater 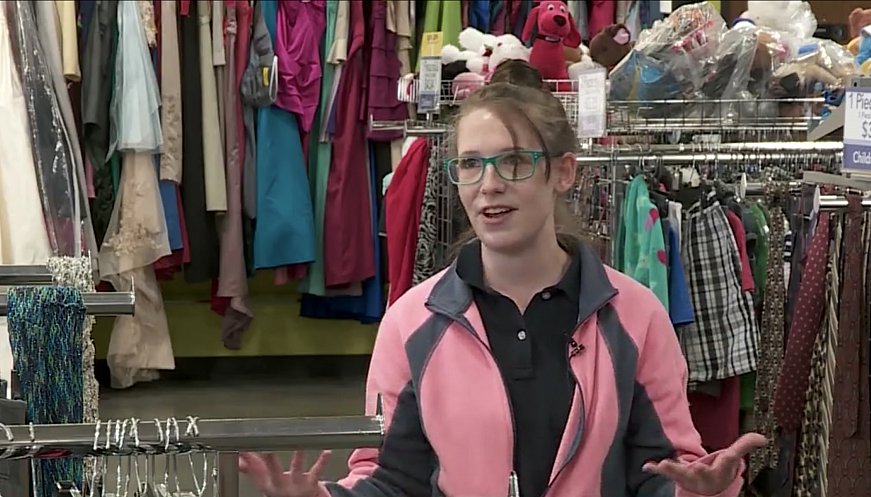 In Oklahoma, an employee of popular re-use store Goodwill stumbled upon a surprising find when she opened two old sweaters holding what she thought were books and saw $42,000 in cash tucked in them. It's common to find loose change and forgotten bills tucked away in items donated to Goodwill stores, but this ranks as one of the highest finds internationally. "My first thought was: It's fake," said employee Andrea Lessing, who discovered the money. She immediately reported the money to the store management. "Normally we have no way of knowing who the money belongs to," said Frank Holland, vice president of donated goods at Goodwill. In this case, since the cash was found with some personal documents, they were able to track down the owner and return it. When asked what inspired her integrity, Lessing replied, "I have a daughter, I love her very much and you can’t put a price on my daughter. I know what could be risked stealing that money and I do believe in karma. I do believe that if you do something good, something good will come back to you." As a gesture of gratitude the sweaters' donor asked the store managers to give Lessing $1,000 from the money. "Thank you for what you’re doing and your integrity. You’re really living our values and that’s for you," Holland told her as he gave her the gift. Lessing's first thought upon receiving the gift was that she could finally give her 6-year-old a birthday party.