How Two Neighbors Met Playing Piano Through the Wall 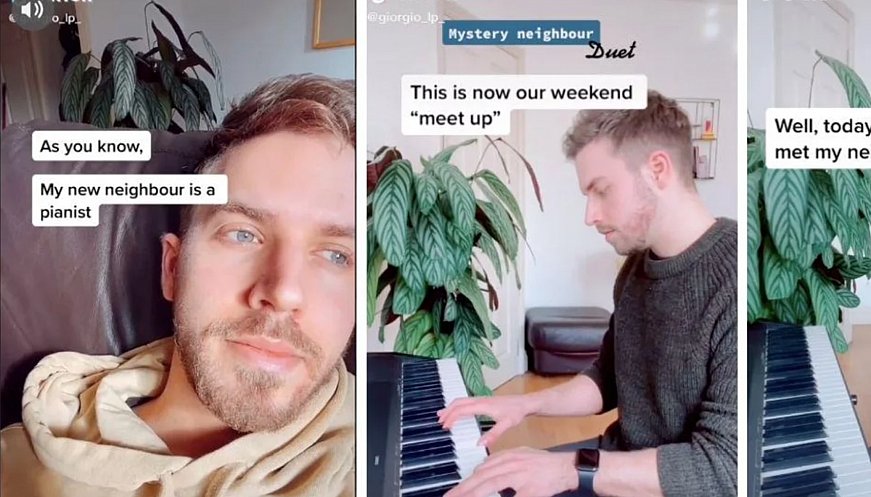 On Feb. 6, 2021, Giorgio Lo Porto in London shared a TikTok video of his neighbor playing the piano. Leaving a note of appreciation at his neighbor's door, he suggested they play music together from their own apartments. Soon, they began playing back-and-forth through their shared wall every weekend. On Valentine's Day, they played a duet and Lo Porto wrote, "We're in lockdown. This was our way of saying, 'I don't know who you are but I'm here. You're not alone.'" Finally, they met on February 21. His neighbor was 78-year-old Emil. "He lost his wife in December due to Covid, and all he has left is the piano. And the reason why he plays at 2 p.m. every weekend is because his wife loved it.... He thanked me for keeping him motivated and less lonely. And I promised that I'll play with him until he moves out." In early March, Emil moved out, and on March 14 Lo Porto got news that Emil passed away in his sleep. "Dear Emil," he wrote. "I knew very little about you, but you changed my life. You gave me back my passion, and we shared that with the world. You'll be in my heart. I'll keep playing, thinking of how powerful music can be. You said I was your light, but you've been mine too. Bye, Emil."