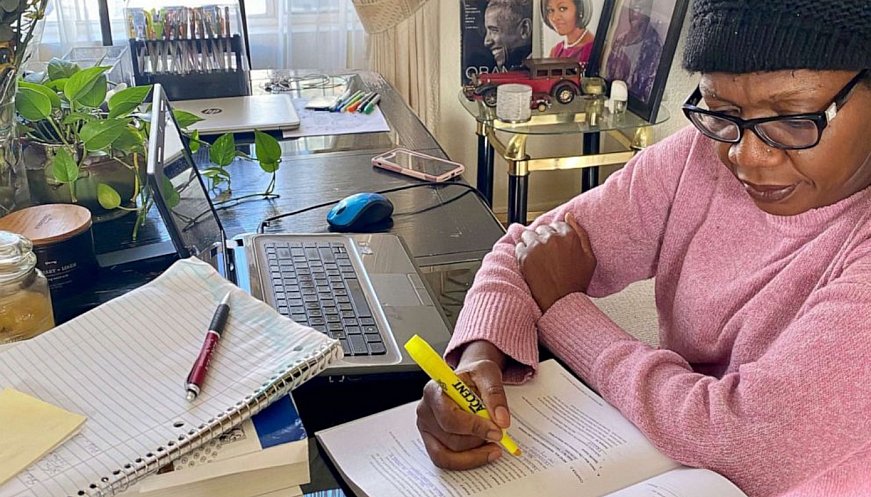 Evelyn Uba always knew she wanted to be a lawyer, and when she immigrated to the United States from Nigeria in 1983 at the age of 18, she was determined to go to law school. When her father suffered a stroke shortly after, she faced financial difficulties and took a two-decade pause on her studies, during which she got married and started a family. In 2005, she resumed her law studies at California Southern Law School. "I never stopped wanting to go to law school," she told Good Morning America. "After my last child turned two, I went to a school that I could afford that was conducive to being a mom, going to work and making payments." After graduating in 2011, the mom of four would return home from her full-time job as a welfare professional almost every night open her textbooks and study for the bar exam late into the night. "I took the exam more than 10 times," she said. "I stopped counting after a while but giving up certainly wasn't in my dictionary. Each time she stopped short of passing, she became more determined to study harder. On Jan. 8, 2021, she opened her results to realize she had finally passed. A video of her reaction with her family jumping up and down went viral online. Now a licensed attorney, Uba intends to serve low-income individuals in marginalized communities. "It might not be easy, but you just have to keep going and never feel sorry for yourself," she said.