Dedicated Dad Pushed Son in Wheelchair in 1,000+ Races Over 40 Years 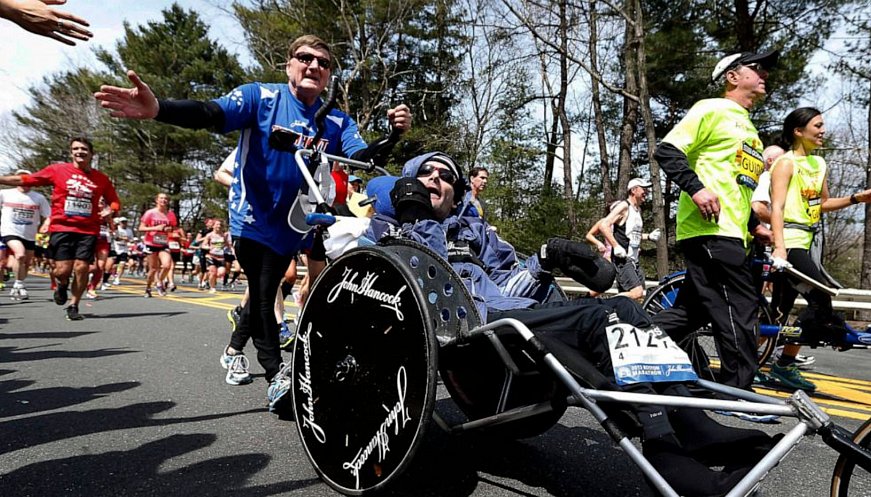 Dick Hoyt, a father who inspired thousands of runners, families and athletes was a familiar face in the Boston Marathon for three decades. Camera crews would spot him and his son, Rick, out in the crowd, Dick pushing Rick's wheelchair, as the duo became an iconic symbol of paternal love and sportsmanship. On March 16, Dick passed away quietly in his sleep at the age of 80. In 1977, Rick, who is quadriplegic and has cerebral palsy, told his father he wanted to participate in a benefit run for a lacrosse player who had been paralyzed. "Dad, when I’m running, it feels like I’m not disabled," Rick had told his father after that first race. They would go on to run over 1,000 races together, including triathlons, and even a 45-day, 3,735-mile (6,010 km) run and bike across the US. In 2013, a statue of Dick and Rick was put up near the Boston Marathon starting line. "I know it's cliché, but I want people to know that I thought my father was a hero," said one of Dick's sons, "not just because he pushed Rick in the marathon, but because he was a great father to all of us you could talk to about anything."