Researchers Discover A Dinosaur Preserved Sitting On A Nest Of Eggs With Fossilized Embryos: A First 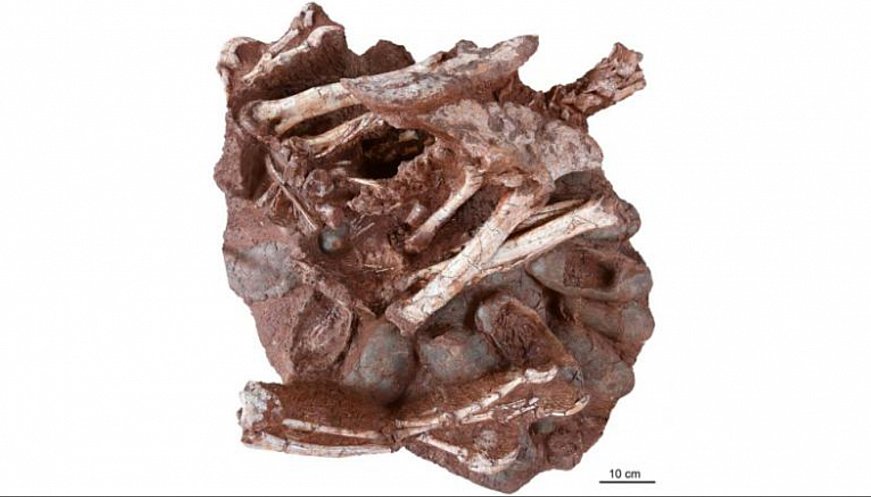 In Ganzhou City, China, scientists uncovered a 70-million-year-old fossil of an adult oviraptorid theropod dinosaur sitting atop a nest of eggs with fossilized embryos. "Dinosaurs preserved on their nests are rare, and so are fossil embryos. This is the first time a non-avian dinosaur has been found sitting on a nest of eggs that preserve embryos, in a single spectacular specimen," stated Shundong Bi, a Carnegie Museum of Natural History researcher and professor at Indiana University of Pennsylvania. Bi and Xing Xu, a professor at Chinese Academy of Sciences, were the primary authors of a Science Bulletin paper announcing the discovery. In the journal, researchers reported the fossil appears to be an adult oviraptorid hunched over 24 or more eggs, at least seven of which preserved the bones of the partial embryos found inside. The discovery unveils many new details about the species, including indications that dinosaurs nurtured their offspring, and further insights on oviraptorosaurs' diets. "It's extraordinary to think how much biological information is captured in just this single fossil," said Xu. "We're going to be learning from this specimen for many years to come."