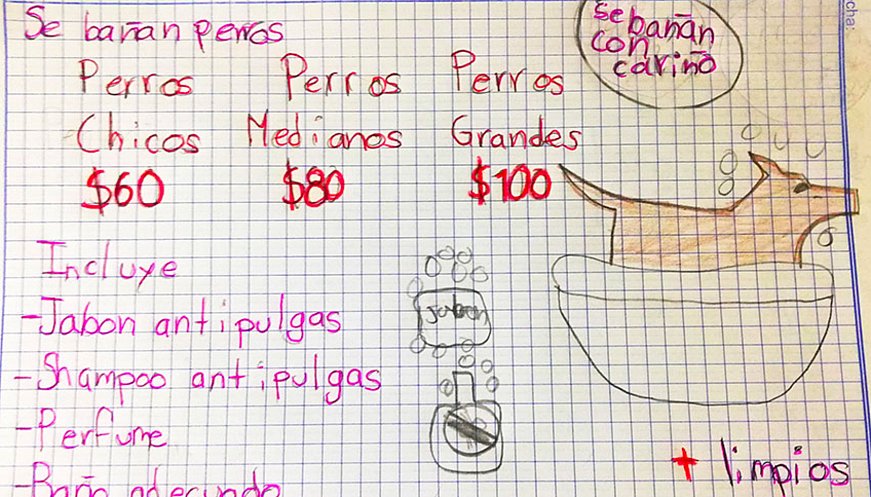 In Monterrey, Mexico, 7-year-old Jonathan Oziel is clear that he wants to become a veterinarian -- and he has already begun saving money for veterinary school. A social media page for his dog-washing business named Bien Bañado “Wow,” or Well-Bathed, was created on Wednesday, March 3, 2021. By Friday, March 5, the Facebook page featuring his hand-drawn poster had attracted 9,700 followers. “My son asked me to put his business on Facebook, saying that he was beginning a dog-washing business,” his mother said. “Obviously, as a business-oriented family, we would not deprive him of his plans, especially since he’s very excited and motivated.” Washes start at 60 pesos, and Oziel also came up with his own business slogan: "Washed with love and affection." His parents have encouraged him to work by appointment, so that it doesn't interfere with his schoolwork or personal commitments.