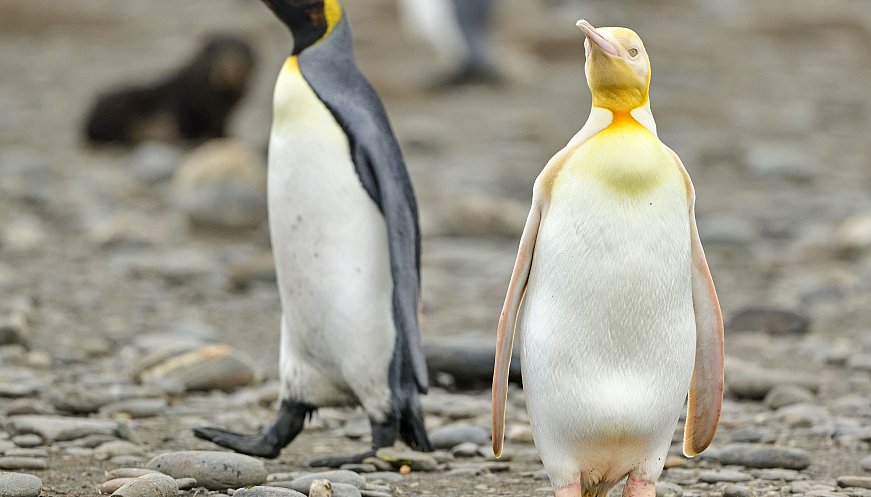 On the island of South Georgia in the southern Atlantic Ocean, Belgian wildlife photographer Yves Adam stepped onto a beach bustling with animals -- crowds of King Penguins, elephant seals, Antarctic fur seals and ... something unusual off in the distance. "Suddenly, we saw this group of King Penguins swimming on the coast,” Adams said. “And then there was this one particular bird that took our attention, a pale bird." Looking through his binoculars, he saw it was a King Penguin but, rather than the typical black-white-yellow plumage, this bird was highlighted in yellow. "It was spectacular," Adams said of the less-than-a-minute encounter with the never-before-seen yellow King Penguin. Almost as quickly as he spotted it, it faded into the column of thousands of King Penguins. Scientists propose that the penguin's unique color is likely due to a broken pathway in its melanin process, not albinism, which would have been expressed by an all-white appearance.