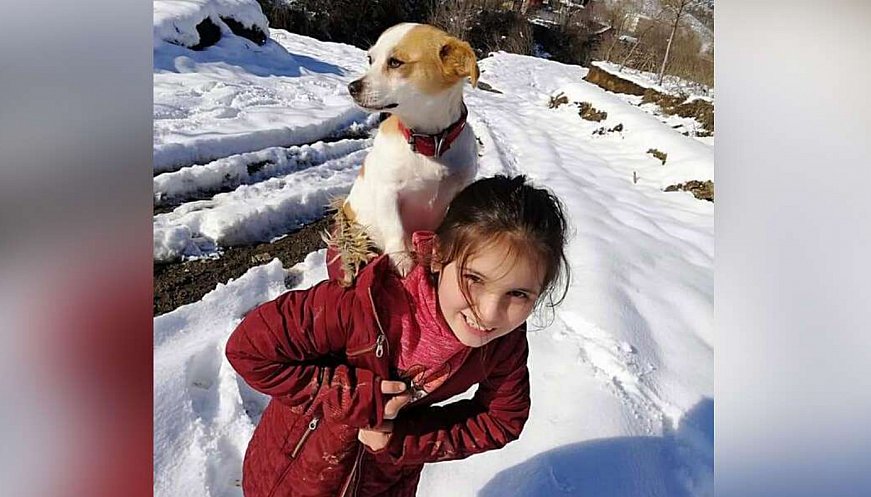 When veterinarian Ogün Öztürk was called to a small village in Turkey to attend to a client's cow, he didn't intend to stay long. But when he finished treating the cow, his eyes caught sight of a young girl with a pup on her back trudging through the thick snow. Word had gotten out that a vet was present in the small town, and 8-year-old Cemre Su Türköz wasn't going to miss the chance to help her sick dog, Pamuk. “When I first saw them, I was very surprised and touched,” Ogün told The Dodo. “She’d wrapped her dog up and brought him to me on her back.” Moved by the little girl's kindness, Ogün did a checkup for Pamuk, found his skin ailment to be easily treatable and applied external medications. He refused to charge for his services, explaining, "The fact that a person at such a young age exhibits this behavior gives hope to humanity. With all that's going on in the world, there's still hope. Cemre showed us that the only truth in the world is love."