German Band Turn Van Into Concert Venue: Fans Rock Out, One At A Time 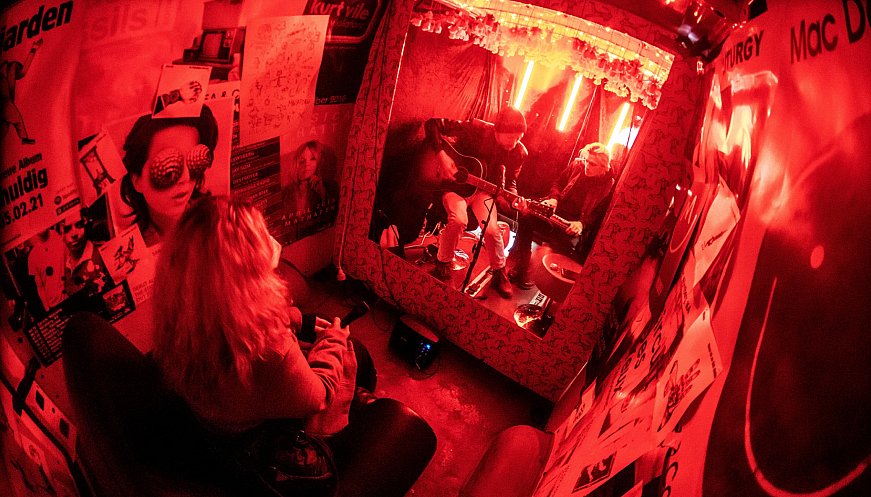 "German two-piece rock band Milliarden have turned a van into a club where they stage gigs for one fan at a time as a way of reaching music-lovers during the pandemic," writes Reuters. As large group events have ceased in Germany during the pandemic, Milliarden, which translates as "Billions," found themselves driving to villages and stopping in front of people's houses to play for them. "A crisis like this one brings so many opportunities that you only recognise once you do stuff. You just have to do it." The band plays behind a plastic sheet, treating fans to acoustic versions of their songs in intimate numbers, recreating club-like ambiance with lighting, posters, and funky decor. The van is ventilated and disinfected between each 25-minute gig. "I think it’s so nice that it works like this and that people respect it and accept it like that and get so emotionally connected to us here in this van. I think that is a gift," described Johannes Aue, in charge of keyboards and clapping. "And that’s why it is awesome that we were able to pull it off without thinking how we could earn money with it. Because we are in an immense debt with our fans," he added.