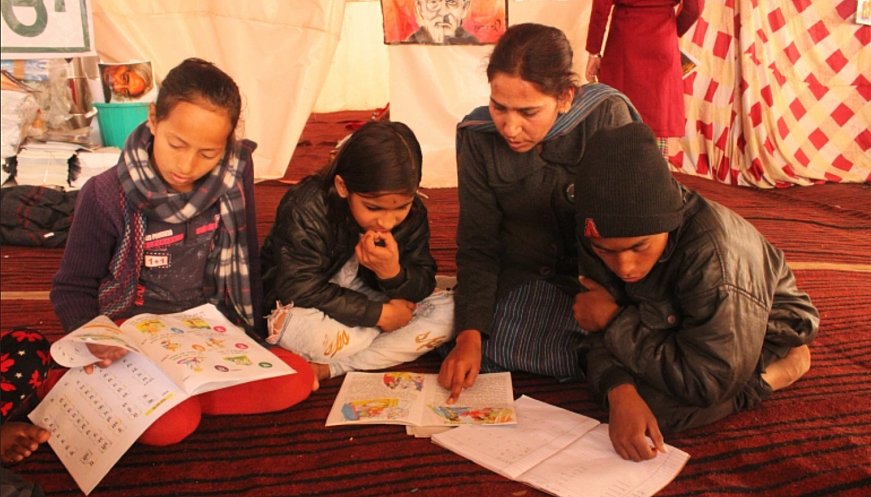 Like millions of children across India,12-year-old Khushboo Tiwari hasn't attended school since the pandemic took it online in March. Her parents work at a local factory and a smartphone was beyond their family budget. In recent weeks, though, she found a new school less than a mile from her home, on the border of New Delhi and India's northern state of Haryana. For the last two months, tens of thousands of farmers have gathered in the area, pitching tents despite the freezing cold and blocking the highway in protest of three controversial sets of agriculture laws passed by India's government. In one of those tents a makeshift school was born for the local slum children. "A volunteer brought them to the tent and that is how the school started. Initially, we had just eight students but now the number is 167" explained farmer Gurdeep Singh, 37, who added that the classes began when they saw children collecting plastic bottles at the protest site. First, a library was set up. Then volunteers began sitting with the kids in small groups to teach English, Hindi, math, science, and art. The school in a tent has been informally named "Sanjhi Sath," meaning "a common place," and recreating the village tradition of holding discussions on important issues. As soon as Tiwari's classes are over, she rushes home to cook and do the dishes before her parents come home from work.