The Price Of Solar Electricity Has Dropped 89% In 10 Years 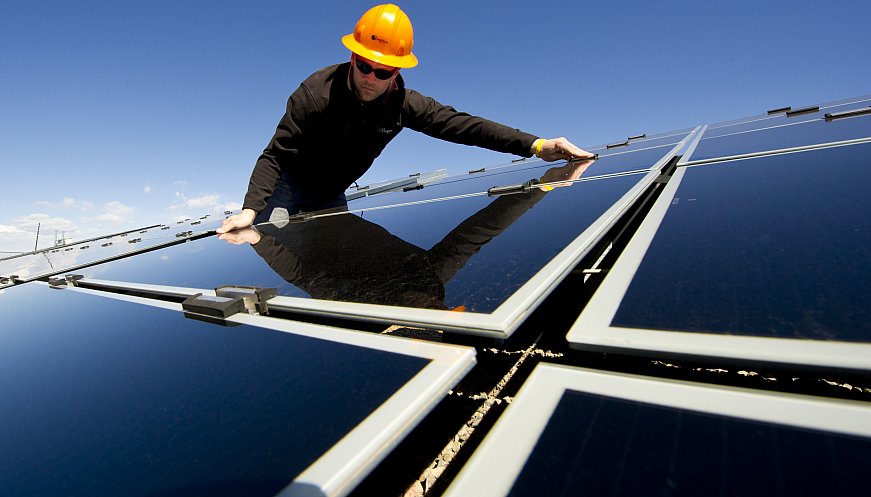 "Clean energy has passed its economic tipping point," writes Fast Company, citing a 2019 report from Rocky Mountain Institute, which found that building and using a combination of renewable energy, like wind and solar, is cheaper than building new natural gas plants. More research points to the stark decline of gas energy to rising renewable energy sources. Building a new solar farm in 2009 was 223% more expensive than building a new coal plant. Now, the opposite is true: a new coal plant's electricity is 177% more expensive than that of new solar panels. This drastic increase in the efficiency of technology for renewables has contributed to its wider-reaching scale.