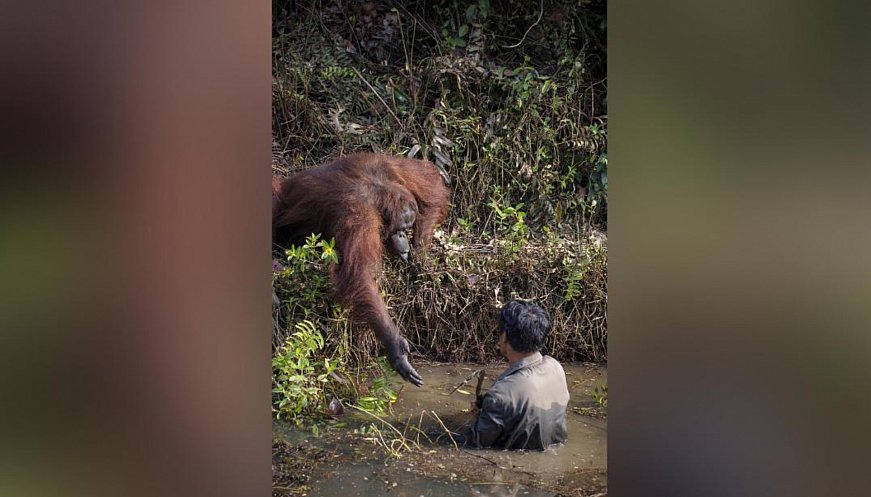 A moving encounter between an orangutan and man in Indonesia's island of Borneo has "melted hearts all over the world," CNN reports. While on safari in a conservation forest run by the Borneo Orangutan Survival Foundation (BOS), amateur photographer Anil Prabhakar witnessed a touching moment when an orangutan came up close to the park warden, and extended a helping hand. The guard was clearing snakes from the water; and it was difficult for him to move in the muddy water. The orangutan seemed to notice and Prabhakar described that the scene was as if the great ape was saying "May I help you?" The photo from January 22, 2020 went viral on Instagram, with over 89,000 likes. The orangutan is mostly found in Indonesia's Borneo and Sumatra, and it's estimated that the Bornean orangutan population has decreased by more than 80% in the past three generations.