New York State's Vaccine Appointment Websites Weren't Working Well, So One Man Built One for Only $50 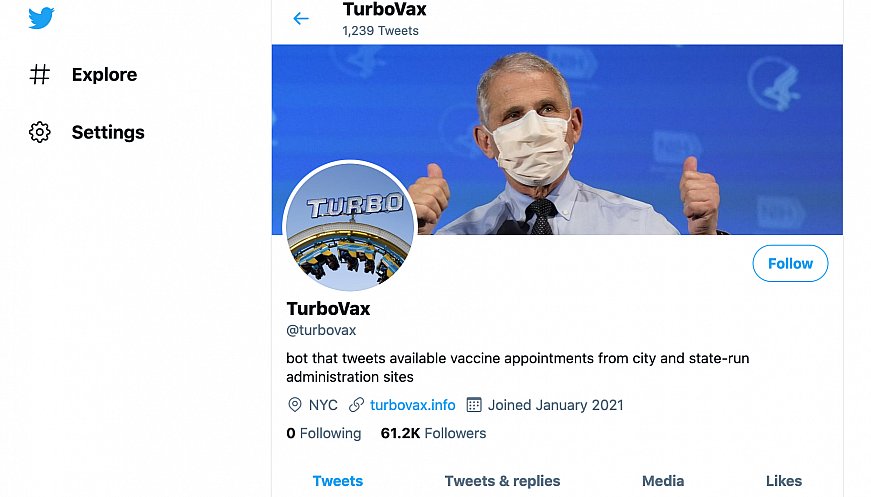 When 31-year-old Huge Ma tried to schedule an appointment for his mother to get the coronavirus vaccine, he found there were dozens of websites to check out, each with its own sign up protocols. The software engineer took matters into his own hands and developed a free website that puts together the three primary New York City and State vaccine systems and instantly sends information to a Twitter bot that tweets available vaccine appointments from city and state-run administration sites. Building the site cost him a mere $50 and was completed in two weeks. "It's sort of become a challenge to myself, to prove what one person with time and a little innovation can do," he told the New York Times. "This wasn't a priority for governments, which was unfortunate. But everyone has a role to play in the pandemic, and I'm just doing the very little that I can to make it a little bit easier." he said.