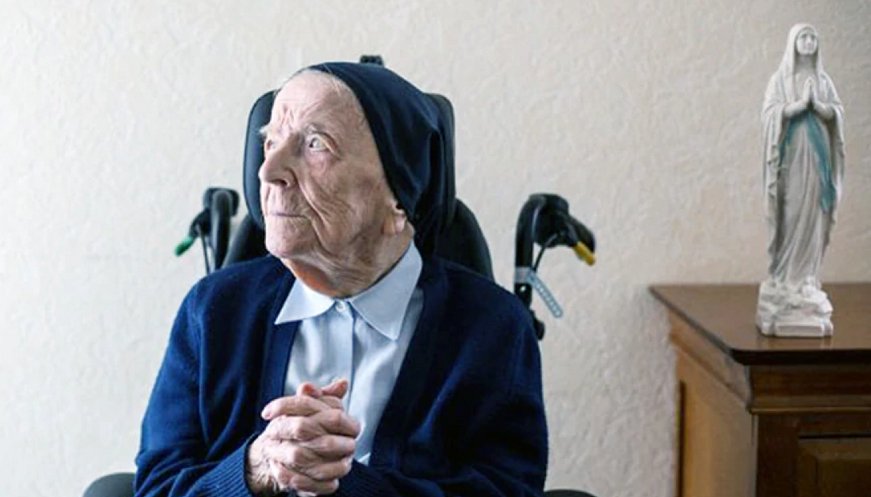 Just a few weeks before her 117th birthday, Sister André, a nun born in 1904, tested positive for the coronavirus on January 16. Sister André, who resides in the Sainte Catherine Labouré nursing home in Toulon, France, showed no symptoms. "I didn't know I had it," she said in an interview with BFMTV. "No, I wasn't scared because I wasn't scared of dying." André had worked as a governess and a teacher, lived through two world wars in addition to the 1918 Spanish Flu pandemic (which she didn't contract), and became a nun in 1944. André is the oldest living person in France and the second-oldest person alive today, after Kane Tanaka in Japan, who was born on Jan. 2, 1903. Sister André turned 117 on February 11.