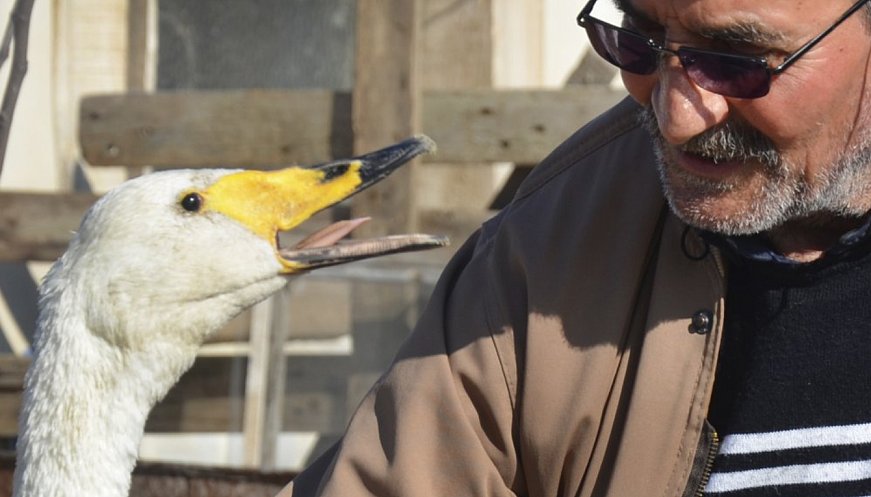 Thirty-seven years ago, in Turkey's western Edirne Province, Recept Mirzan stumbled upon a swan with a broken wing in an empty field. Immediately, he took the swan in to protect her from predators. Since then, the swan has lived on Mirzan's farm in Turkey's Karaagac region, bordering Greece. Mirzan named her "Garip," which literally translates to "bizarre," but also describes those down on their luck. When Garip's broken wing healed, she stayed with Mirzan, befriending the cats and dogs in the area and spending most of her time out of her pen. She follows Mirzan whenever she is out of her pen, and he, a 63-year-old widower with no children, considers the swan his child. The average lifespan of a swan in the wild is 12 years, but in protected environments they can live up to 30 years.