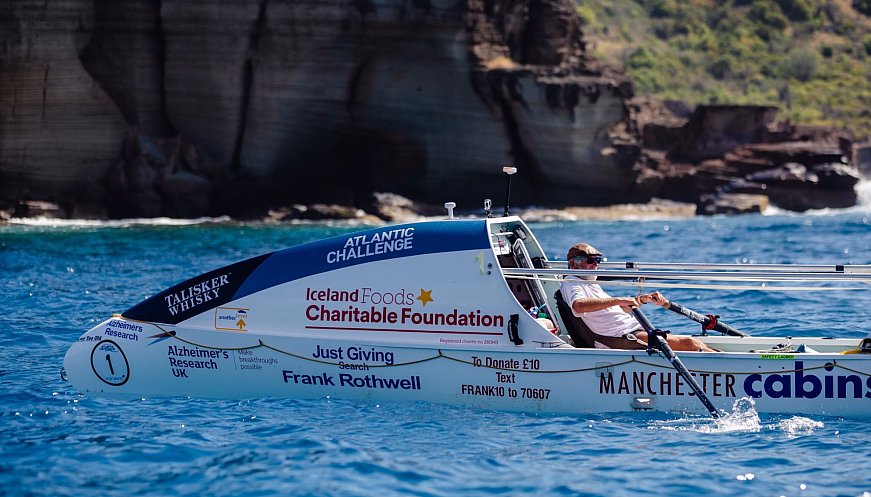 At 70, Frank Rothwell is a grandfather from Oldham, UK. On Saturday, February 6, 2021, he also became the oldest person to row 3,000 miles solo across the Atlantic Ocean -- a feat that raised over 648K pounds for dementia research. On December 12th, he departed from La Gomera in the Canary Islands and this past Saturday, February 6th, he crossed the finish line in Antigua in the Caribbean, where he was reunited with Judith, his wife of 50 years. A journey dedicated to his late brother-in-law, Roger, who died with Alzheimer's at the age of 62, the money raised will be used to support Alzheimer's Research UK's efforts to establish life-changing treatments for dementia.