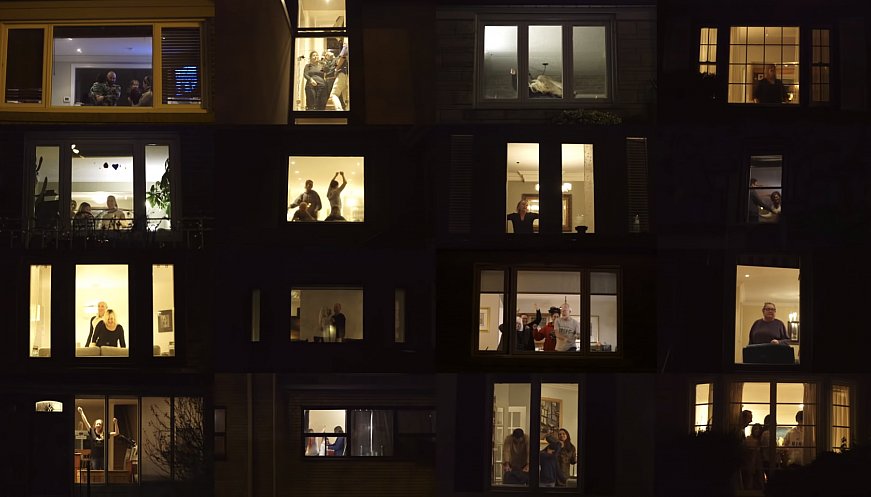 Earlier this week, Ryerson University film students Charlie Hill and Max Mezo cajoled 27 households consisting of more than 60 people and two dogs to participate in the filming of a music video for local indie band The Neighborhood Watch. Their idea was to capture people in their homes dancing to one of the group's latest songs. When they put out a call on Facebook to users who were residents of the Scarborough Bluffs community, the recipients responded enthusiastically. Hill and Mezo shot the video from the street through living room windows. "We caught people in their natural habitat ,and I'm really pleased by the range of emotions. A lot of it was basically [us] rolling and letting people do what they want," Hill told the Toronto Star.