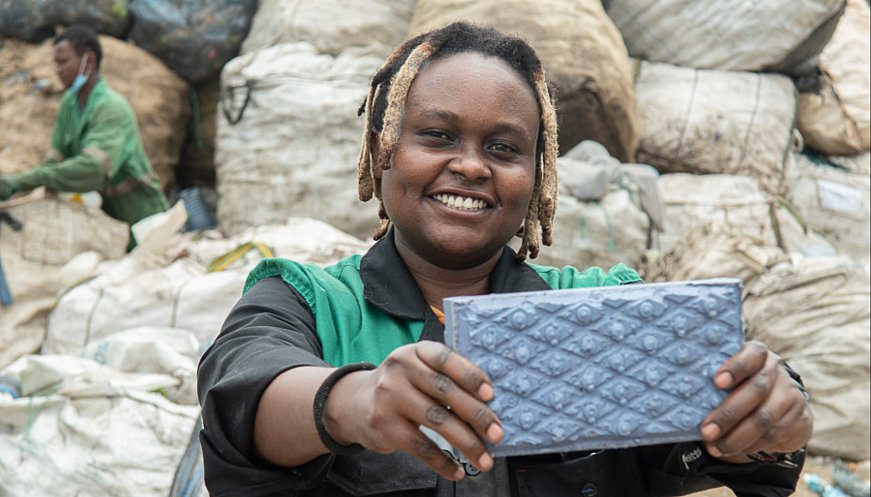 "It makes a loud bang, but does not crack," reports Reuters. Nzambi Matee of Nairobi, Kenya has been turning plastic waste into durable buildling bricks almost five to seven times stronger than concrete. Matee's factory, Gjenge Makers, produces 1,500 bricks daily from a mix of different plastics -- from high density polyethylene (which is used in milk and shampoo bottles) to low density polyethylene (used for cereal or sandwich bags), to polypropylene (used for rope, flip-top lids, and buckets). The plastic is then mixed with sand, heated and compressed into bricks and sold at a range of prices depending on thickness and color. Kenya produces 600,000 tons of plastic locally, of which 400,000 are used locally and only 9% are recycled, according to Kenya's Ministry of Environment and Forestry. Matee's factory has recycled 20 tons of plastic waste since it began in 2017. A materials engineer, she designed her own machines, noting that the project was initiated when she decided to stop waiting for the government to solve the problem of plastic pollution: "I was tired of being on the sidelines."