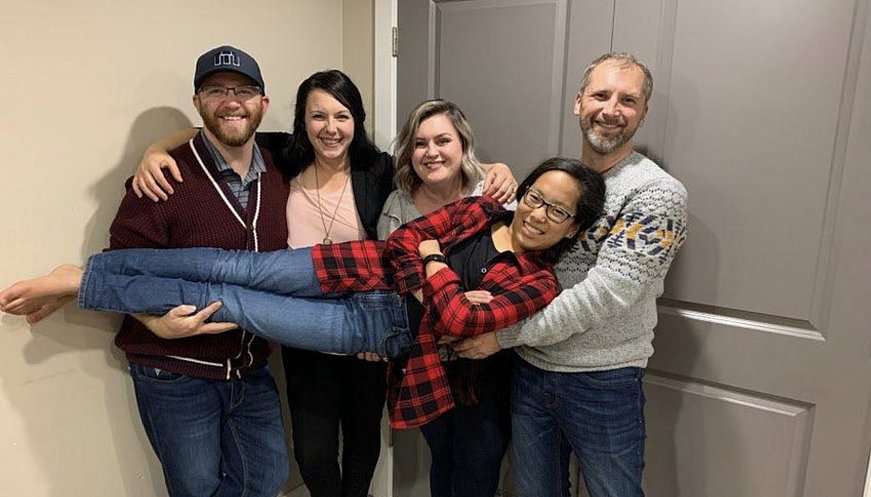 In 2004, Cathy and Greg Crowell of Alberta, Canada, became empty nesters and decided to move to China to do humanitarian work. Three years in, a friend told them there was a toddler girl at an orphanage who was close to dying and asked if they'd be able to take her home and care for her until she passed. At that point, Hosanna was 13 months old and weighed less than eight pounds. A pediatrician confirmed her dire predicament, but a blood transfusion led to improvement. Tests revealed a blood condition that would require blood transfusions for the rest of her life. The only cure was a bone-marrow transplant from a sibling. In 2017, Cathy Crowell wrote an open letter, hoping it would find its way to Hosanna's biological family. She knew, in a country of 1.3 billion people, it would be like "finding a needle at the bottom of the ocean." "To my daughter's family," the letter began, "we have never met, but when I look into my adopted daughter’s eyes, I see such beauty and I know that she must have come from a lovely family." National news channels and government officials in Guizhou Province distributed thousands of flyers. "I was moved by this couple and this couple's love. Even though they knew the girl had a blood disease, they still decided to adopt her, give her a chance," said Bowen Zhang, Mandarin anchor for OMNI television news in Vancouver, who helped distribute the letter. After media buzz came and went, Zhang contacted Crowell with news from Hosanna's biological family. Sure enough, one of her siblings was a "perfect" bone marrow match. While Covid-19 delayed the transplant, Hosanna, now 14, and her family met Hosanna's biological family in 2019, rekindling a relationship.