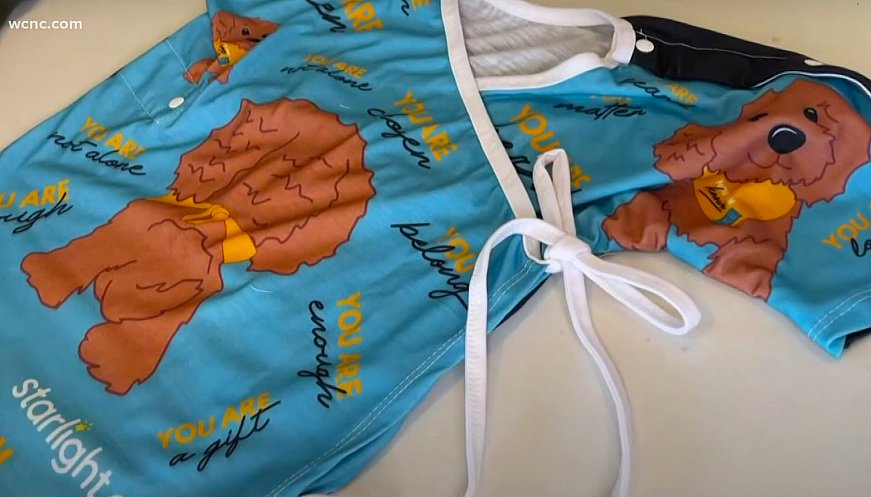 "I grew up in a place where no one ever told me that I mattered, that I was special," Peter Mutabazi said. "So once I became a foster dad, I really began to use those words because someone who took me in began to use those words and they truly changed my life." Now Mutabazi's taking it a step further by designing hospital gowns with positive messages for children. Through the Starlight Children's Foundation, the colorful gowns are being offered, along with a puppy stuffed animal -- the same puppy figure featured in the gown designs, illustrating affirmations such as, “You are chosen,” “You are enough,” and “You belong." “We want to make them absolutely joyful and help them in every way and shape we can," Mutabazi said.