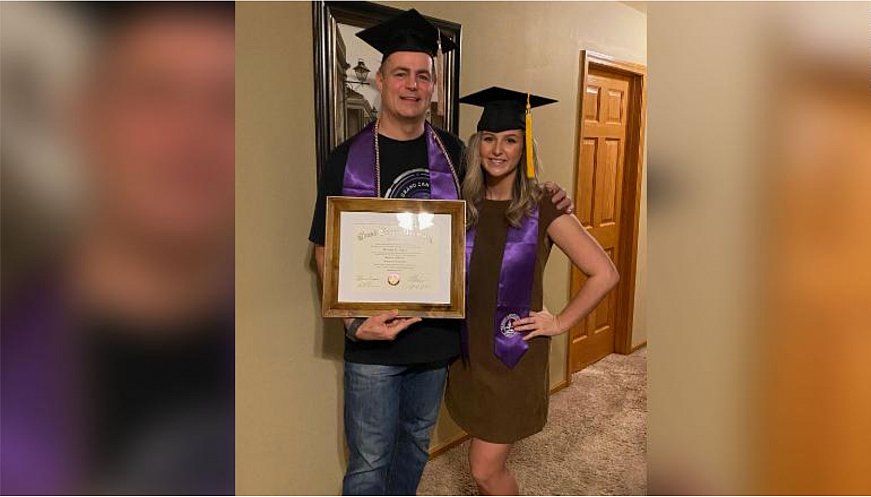 "When 23-year-old Taleigh Loven walked downstairs to her family room the night of her graduation party last October, she was expecting balloons, treats and some congratulatory high-fives from her family. What she didn't expect was to see her dad ... dressed in the same cap and shiny purple stole as she was," CNN reports. When Taleigh entered college, Mike Loven, 47, decided there was no time better than the present to get his BA too. He enrolled in Grand Canyon University, which happened to be the same school his daughter was settling into as a freshman. But he decided to keep it to himself, as a fun surprise for his family on graduation day. Upon graduating high school, Mike had gone right to work in his father's staffing company, which he now runs. He always felt college was only worth it for professions in medicine or law, but if it was just going to be a four-year party, better to skip and dodge student loan debt. When daughter Taleigh saw her father in his graduation gear, she said, "My first and only thought was that I was just so so proud of him."