Cooperation and Chocolate: The Story of One Colombian Community's Quest for Peace 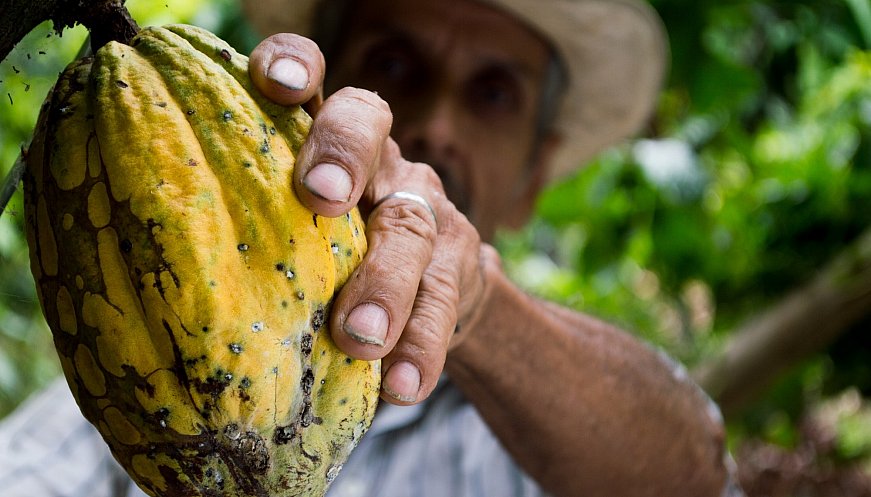 The residents of Colombia's San José de Apartadó have survived decades of violence. Most can name multiple relatives who have been killed by the warring factions that terrorize the area, funding their activities through the cultivation and trafficking of illicit drugs. At one point, all but 500 members of the agrarian community had fled. Those who remained declared San José a "Community of Peace" committed to neutrality in the never-ending regional conflicts. A week later, they too were forced to abandon their fields. Little by little, as they reclaimed their land, they found that their strength lay in solidarity. A lone farmer tending one small plot of cacao trees, the community's primary cash crop, is painfully vulnerable. Working as a collective, the people are able to live in relative safety. Now known as Comunidad de Paz de José de Apartadó, the residents produce and sell their crop as one community and decide together how to distribute the funds. Political anthropologist and author Gwen Burnyeat writes that, "to them, this is … a very profound act of transcending traditional capitalist society models and building something together."