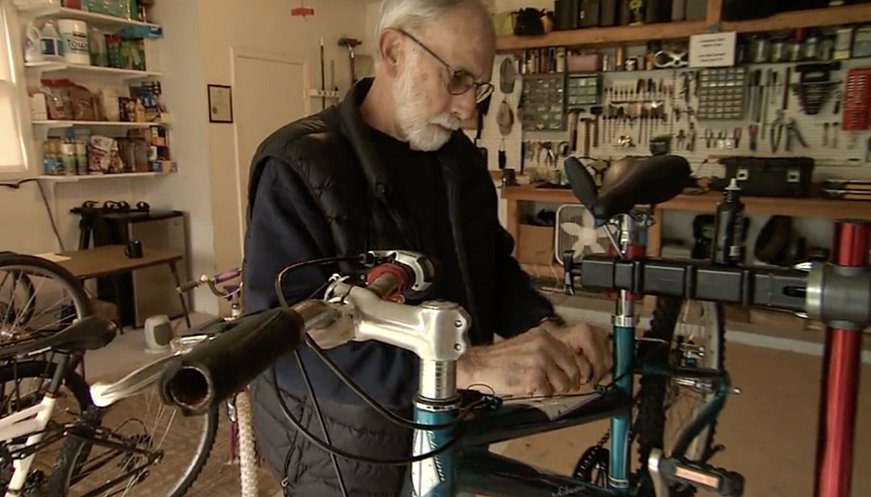 It started with a simple favor for a neighbor whose daughter's bicycle needed repair. Ric Jackson of Potomac, Md., a retired mathematician and bicycle enthusiast, lent a hand. “I fixed it up,” he later recalled. “He took it back. And she was thrilled, and he was thrilled. And it's just mushroomed.” Word of his expertise spread quickly. Since that day in April, Jackson has repaired more than 650 bikes, free of charge, for neighbors, friends, and just anyone who drops by. A bicycle, he says, is “a thing of beauty. If you clean off the dirt from the tires, put new handgrips on, before you know it, it will be ... something that will just delight the heart of some little girl someplace.” The father of one such happy cyclist sent a text to Jackson that read: “Thank you for the wonderful gift today. We had a great daddy-daughter bike ride, and she was all smiles.” Jackson, sitting amid nearly a dozen bikes awaiting repair in his spacious garage, said of the text, “That's the kind of thing that makes my day. That's my reward.”