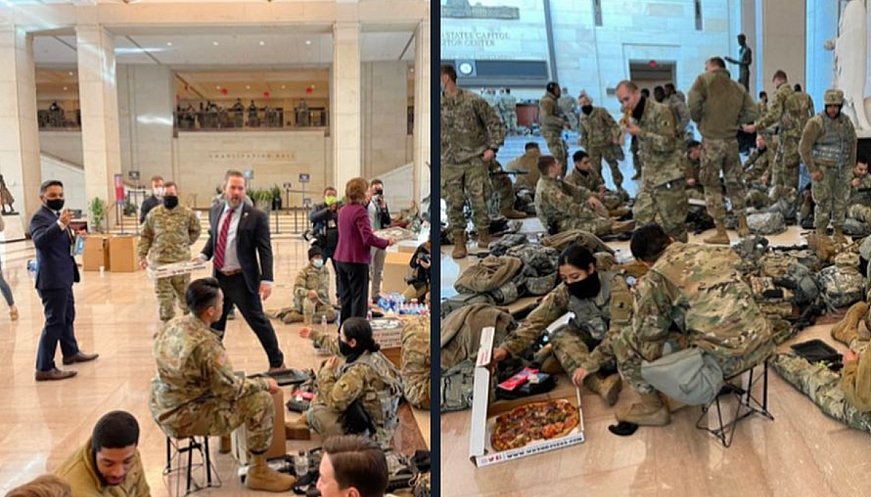 As the U.S. readies for the presidential inauguration on January 20, thousands of National Guard troops are coming into D.C. Seeing them stationed around the U.S. Capitol, a few members of Congress wanted to show their appreciation. U.S. Representatives Michael Waltz and Vicky Hartzler called up We the Pizza, ordering 150 pies to deliver to the troops at Capitol Visitor Center. Turns out, that sentiment was infectious. "We wanted to help, so we matched [the order],” Micheline Mendelsohn, deputy CEO for the company that owns We the Pizza, said. “Then we realized we weren’t even sending nearly enough so we just started donating to troops.” Soon, Mendelsohn's crew doubled that order and have so far served 700 pies to the troops at the U.S. Capitol, with plans to send 300 pizzas a day until next week. We the Pizza even set up a way for people to donate pizzas online to the National Guard and plan to match every order. "We are so honored to serve the National Guard doing the important work of keeping our Capitol safe," the company wrote in a social media post on January 13. Other community restaurants are also stepping up to provide breakfast, lunch and dinner to the troops throughout Inauguration Week.