How Devastation in Beirut Led to Holiday Gift-Giving 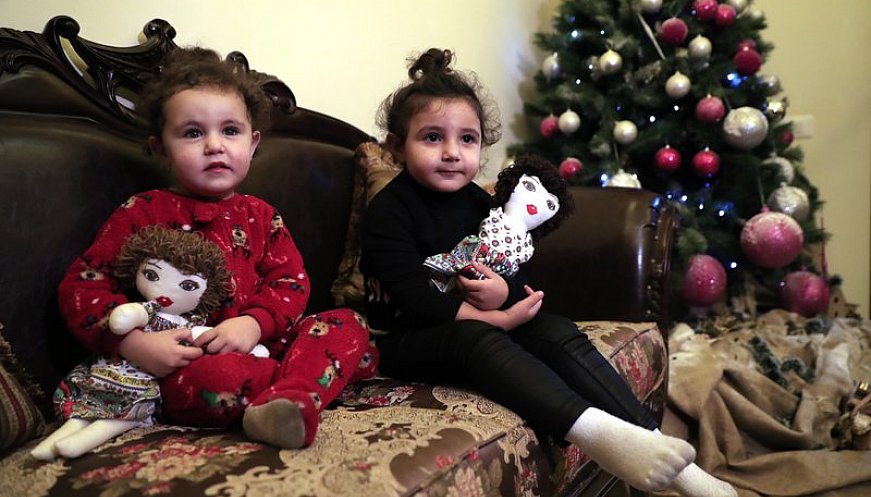 "Who broke my toys?" Yolande Labaki recalls the teary-eyed question of her grandson, then three years old, when his family home was damaged during the 1975-'90 Lebanese civil war. Now 93, Labaki thought of that moment when, this past August, the capital city was devastated by the explosion of a large stockpile of ammonium nitrate. Though not an act of war, the disaster killed more than 200 and injured thousands. A new generation of children, Labaki realized, was wondering “who broke their toys." Labaki, an internationally known painter, decided to make new ones for children affected by the destruction, and settled on dolls. "God," she said, "if you give me the power, I will make 100 of these by Christmas." The gorgeous, handmade dolls with embroidered facial features and tailored dresses were finished in time for the holiday and distributed by several non-governmental organizations. Georges Chlawuit, whose daughters now sleep with two of Labaki’s dolls, said of her, “May God keep her and give her good health. If it weren’t for how the Lebanese people came together, we wouldn’t have been able to stand back on our feet again.”