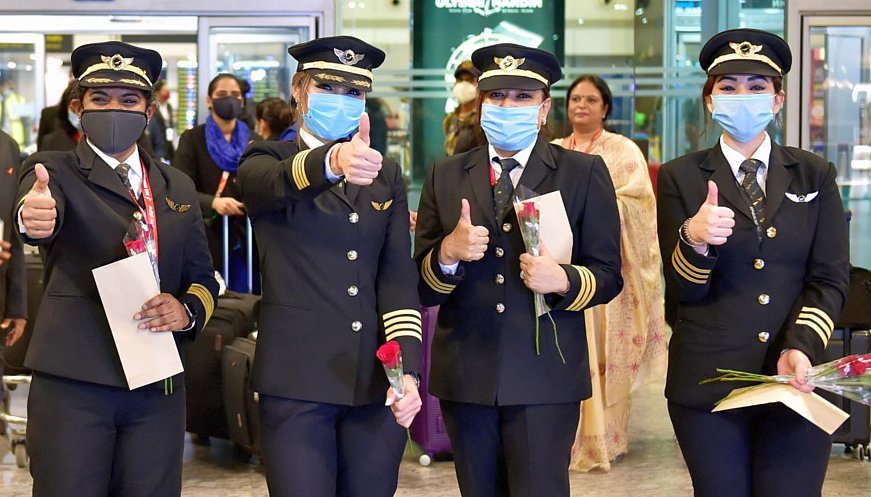 A glass ceiling for women exists in the field of aviation, a ceiling which the all-female pilot team of Air India Flight 176 recently threatened to break through. The Boeing 777 left San Francisco on January 11 and touched down in sister city Bengaluru, India, during the early hours of Monday morning (local time). At more than 8,600 miles, this was the longest nonstop commercial flight ever operated by an Indian national airline. "We are India's daughters who were given the opportunity to make this historic flight," said flight commander Capt. Zoya Aggarwal of the four-woman team. "We were able to create a new chapter in the Indian aviation history." Aggarwal recounted how her parents had been opposed to her goal of becoming a pilot, telling her that, as a woman, she "was expected to 'walk in the shadow of men.'" Gender disparity in the field of aviation is not limited to the Subcontinent; India actually leads the world in female pilots. Roughly 12 percent of the nation's pilots are women -- three times the percentage in the United States. This flight "will create more opportunities for women," said co-pilot Capt. Thanmei Papagari. "The idea of seeing aviation as a male-dominated field is reducing. We are being seen as pilots -- there is no differentiation."