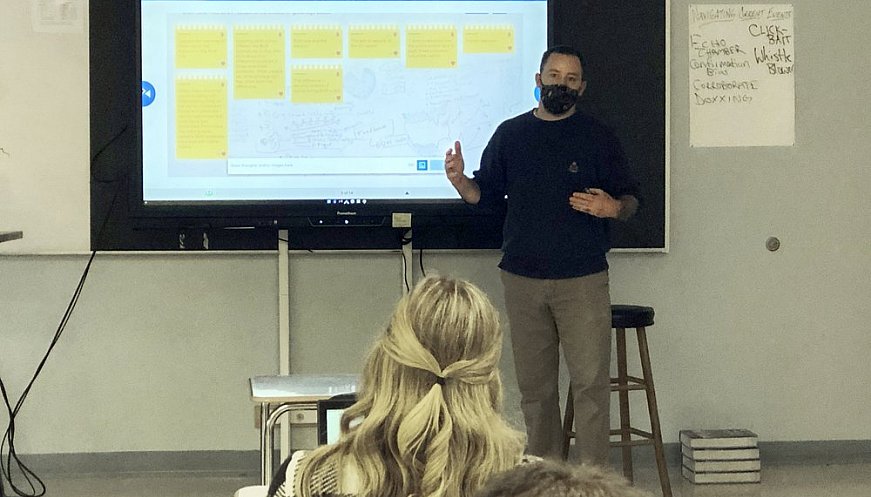 The afternoon of January 6 presented a question to educators across the U.S., especially those who teach social studies and history: Go ahead with whatever lesson plans they had already made for the next day, or scrap everything and focus on the events unfolding in Washington, D.C., right before their students’ eyes? Some looked back on the infamous September 11 attacks. Some brought up the racially charged civil unrest of 2020. Blake Busbin, a high school teacher in Alabama, showed his students photos without any commentary, and challenged them to write poems in response to what they saw. Submitted anonymously, their words reflect a desire for bipartisanship and hope for a more harmonious future. Roughly a thousand miles away, David McMullen said of his classes in Manchester, Conn., “Today was just to kind of soak in the events and talk about them and write some stuff down, because, as I tell my students, they are the future’s primary sources." Despite differences in approach, the overall message of U.S. educators was summed up by social studies teacher Karley Reising, also of Connecticut: “Hopefully … this will be the thing that lights the fire on what it means to be an active, engaged citizen. And if you didn’t like what you saw, then what steps can you take to make sure this doesn’t happen again?”