'What Else Could I Do': New Jersey Congressman Helps Clean up the Capitol 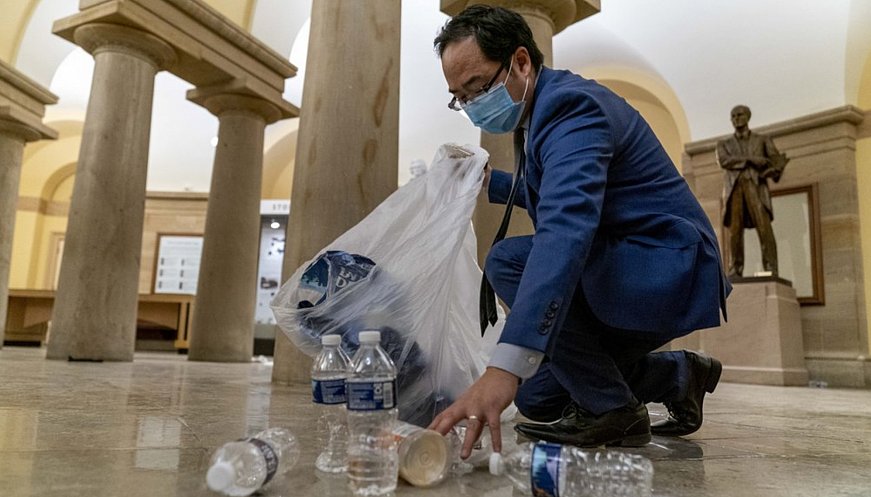 It was late at night. Actually, the wee hours of Thursday morning, Jan. 7. Shortly after voting to certify Joe Biden's presidential victory, New Jersey Congressman Andy Kim walked through the U.S. Capital halls littered with water bottles, clothing, flags and debris. "When you see something you love that’s broken, you want to fix it. I love the Capitol. I‘m honored to be there. This building is extraordinary, and the rotunda in particular is just awe-inspiring. How many countless generations have been inspired in that room?" he said. "It really broke my heart, and I just felt compelled to do something.... What else could I do?" Nearby, police officers were putting pizza boxes in trash bags. He asked for a bag and began cleaning up too. "I think it was one in the morning," said fellow New Jersey Democratic Rep. Tom Malinowski. "There were a couple National Guardsmen, and I noticed somebody on his hands and knees leaning under a bench to pick something up, and it was Andy all by himself, just quietly removing debris and putting it in a plastic bag. He was clearly not doing it for an audience. It was, for me, the most poignant moment of the long night."