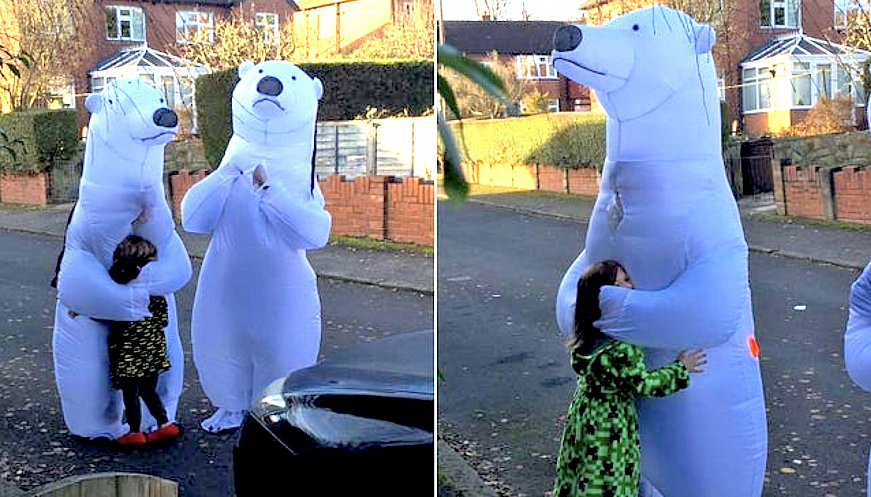 Like many grandparents, Clive and Barbara Walshaw, 73 and 71, in Leeds, England, hadn't hugged their three grandchildren since before the pandemic in March 2020. Feeling the withdrawals from the universal gestures of showing love and affection, the couple searched online for a protective outfit that could allow them to embrace Quinn, Morgan, and Mackenzie, aged 6, 8, and 14. They found inflatable polar bear suits that would do the trick. On Christmas Day, they schemed with their son, Neil, to surprise his kids outside their home. Neil told the children they were "going on a bear hunt" and surprised them with the "best six minutes since March"...It was so clever and typical of them as grandparents," Neil, who serves as a Leeds City councillor, reflected. "It's something they'll remember forever. The kids had to run in the house and back out again to make sure it was real."