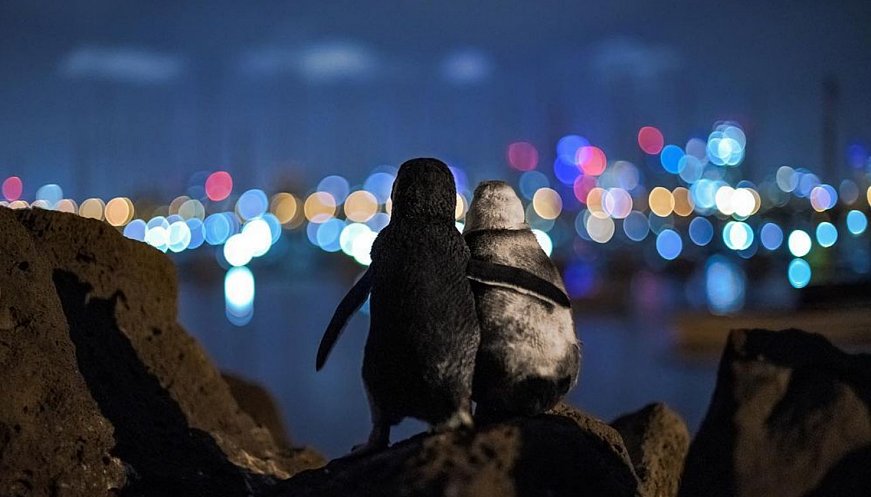 It's from back in March 2020, but leaves an eternal mark of warmth in one's heart. In Melbourne, Australia, photographer Tobias Baumgaertner spent three nights with a penguin colony in St. Kilda before snapping these photos of two penguins arm-in-arm, gazing out at the city lights. A volunteer on site informed him that the smaller silver penguin was an elderly lady who had lost her partner, and the taller black penguin was a younger male who had also lost his mate. "Since then they meet regularly, comforting each other and standing together for hours watching the dancing lights of the nearby city," he had written on an Instagram post. "While all the other penguins were sleeping or running around, those two seemed to just stand there and enjoy every second they had together, holding each other in their flippers and talking about penguin stuff," he added.