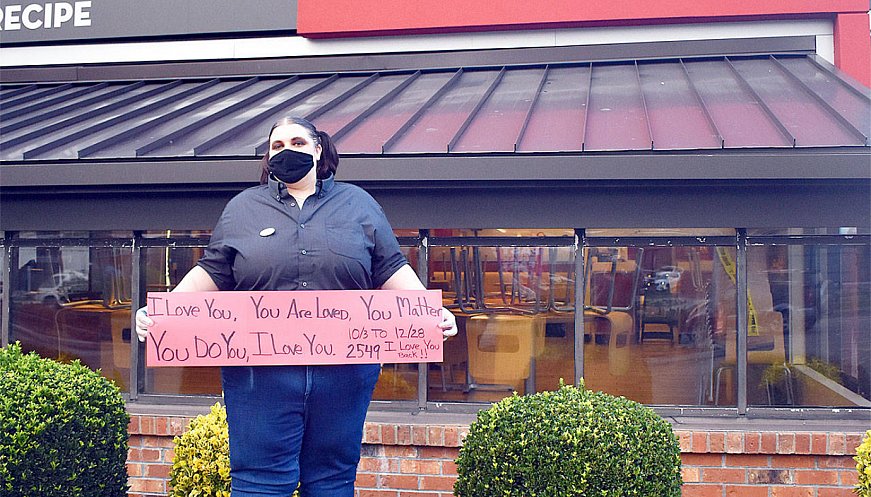 April DiDonna, an assistant store manager at Wendy's fast-food restaurant, tells her customers in the drive-thru that she loves them. When they say it back, she adds a tally to the wall. 2,549 tallies were on the wall, as of December 29. "If people can hate for no reason, then why can't I love?" DiDonna explained. The idea just to just tell a customer she loved him came to her on October 3. It made such an impression, he wrote about it in a customer survey. DiDonna read the survey and decided to keep doing it. The next day, a woman came through the drive-thru, and she told her she loved her. She then found that woman crying in her car, and she learned her husband and brother had died recently. "I don't have anyone to tell me they love me anymore," the woman had told her. DiDonna lost her own husband in July 2019 and could empathize. The two talked for a bit longer and ended their conversation laughing. "A lot of people are now driving up to the speaker and telling us that they love us before we even take their order," DiDonna reports.